I am sure that all photographers, amateur or professional, wold love drinking their favourite brew from a mug like this.

Let me quote from PhotoJoJo:

Complete with lens-cap lid and rubber-grip zoom and focus rings, this marvelous mug also features an autofocus switch that actually switches between AF and MF.

We know the warning signs too well. Youâ€™ll begin with a cup of Earl Grey, then move onto a banana yogurt smoothie, next, an ice cream fudge sundae, and pretty soon, youâ€™ll be so hooked on your new mug, youâ€™ll be eating dinner out it, too!

You can find it here.

The moon was almost full on a perfect Cape winters evening.  Good time to experiment with the zoom on my Canon Powershot SX20 IS. I am very hesitant to use the digital zoom on any camera but as you can see from the photo at the bottom, even at 4x Digital, it is not that bad. 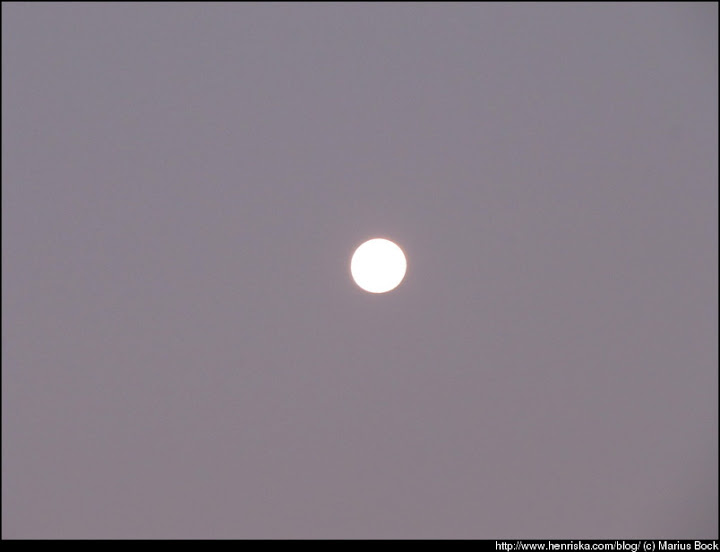 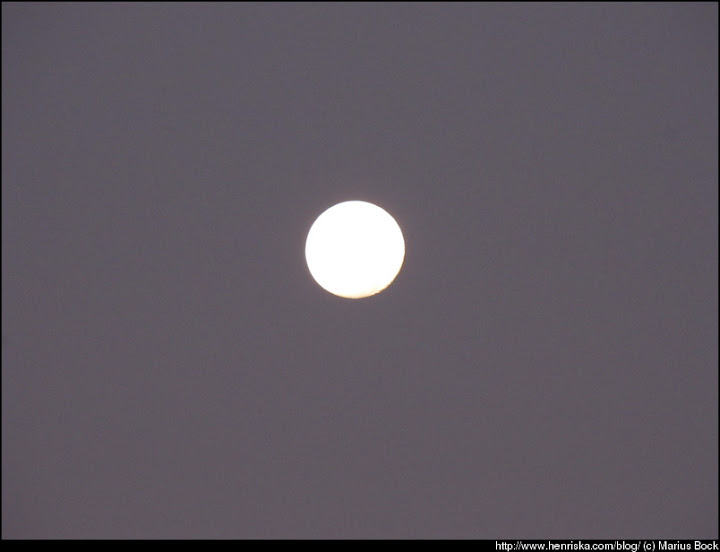 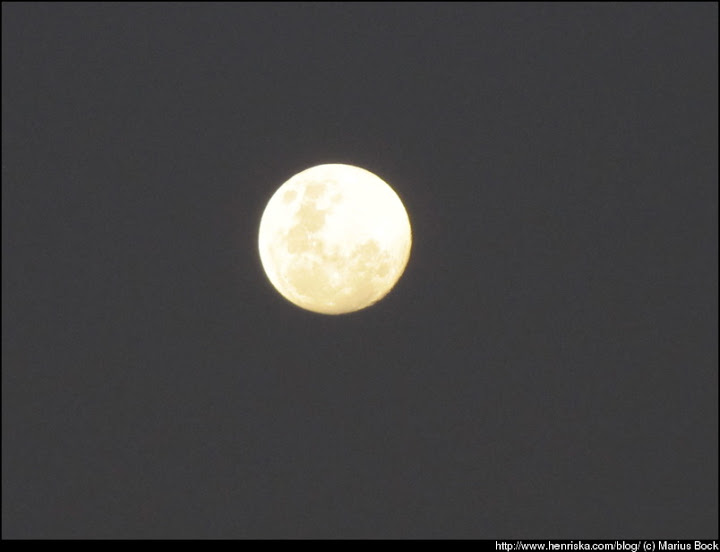 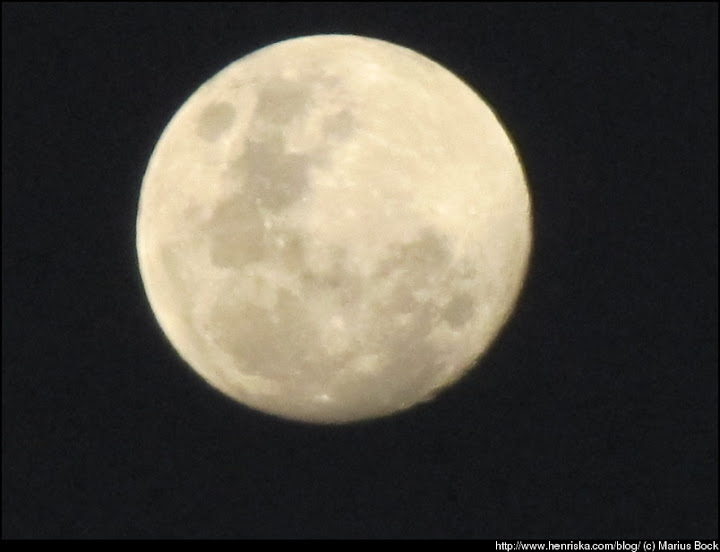 One can see it is a bit grainy at 4x Digital but anything between 1.5x and 2x Digital is great.

Click on the image to see a larger one.  Also you can see more in my Picasa Album.

It is not always the rising sun that makes for beautiful photos.  While the sun was setting on the other side I caught the moon rising over the Boland mountains.  Here is some photos I got. 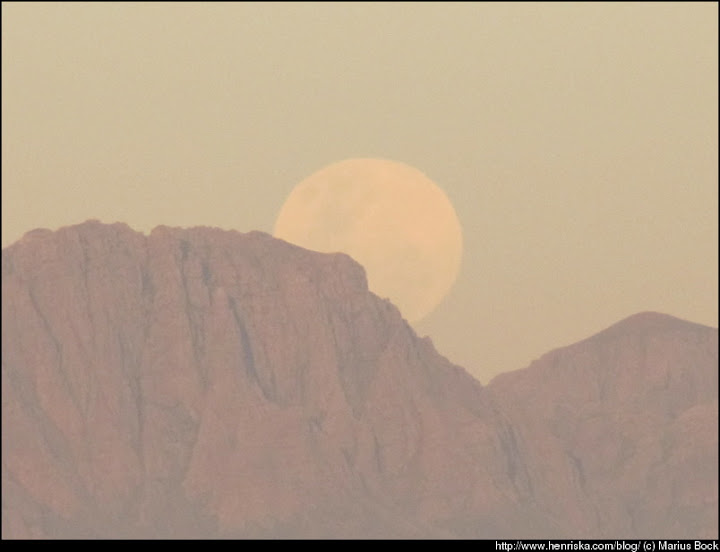 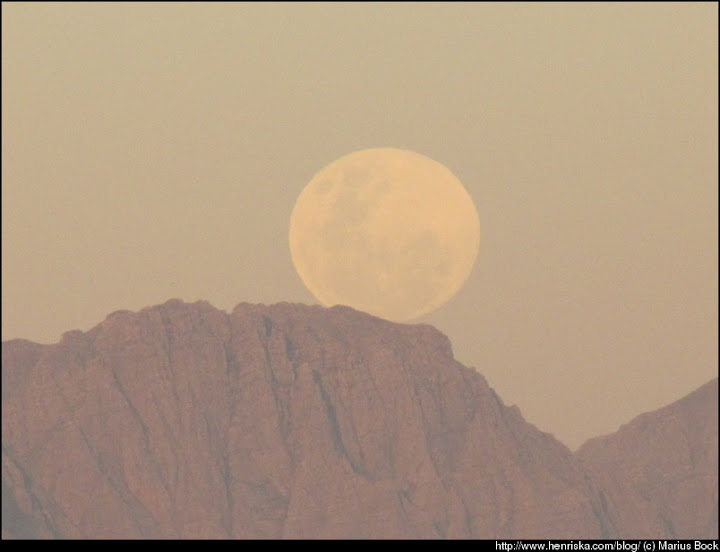 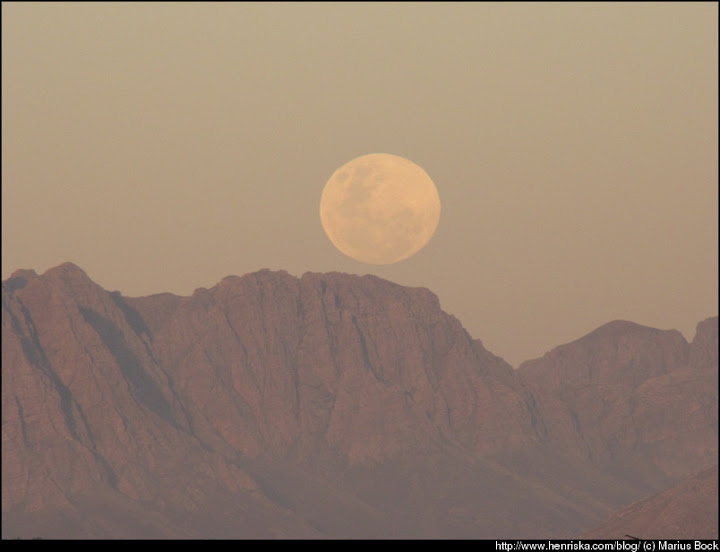 Click on the image to see a larger one.  Also you can see more in my Picasa Album. The top 10 most downloaded movies on BitTorrent, â€˜The Ghost Writer’ tops the chart for the second week in row, followed by ‘Operation Endgame’. ‘Inception’ completes the top three.

This week there are four newcomers including the special p2p release of The Yes Men Fix The World. The Ghost Writer is the most downloaded movie on BitTorrent this week.

The data for our weekly download chart is collected by TorrentFreak, and is for informational and educational reference only. All the movies in the list are DVDrips unless stated otherwise.

This morning as I was leaving my house the sun was rising over a hill close to my house through the trees.  I took the photo below on my HTC Desire.

I like the way the sun reflect on a puddle of water on the road. 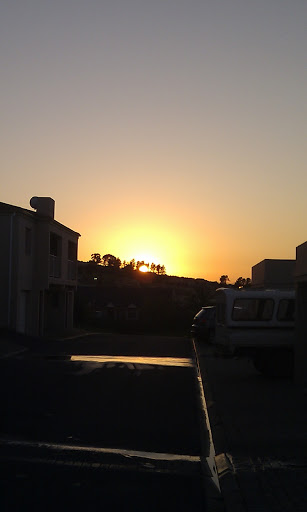 Click on the image to view a larger one. The top 10 most downloaded movies on BitTorrent, Clash Of The Titans’ tops the chart for the second week in row, followed by ‘Death At A Funeral’. ‘Repo Man’ completes the top three.

This week there are two newcomers in the top 10 and one returnee. Clash Of The Titans is the most downloaded movie on BitTorrent again this week.

The data for our weekly download chart is collected by TorrentFreak, and is for informational and educational reference only. All the movies in the list are DVDrips unless stated otherwise.

With the World Cup ending last night and Spain being crowned the champions, I have a confession to make.  I did not watch 1 single minute of the World Cup on either the TV or live in a stadium.  I did not even attend one of the Fan Fests or Fan Walks.

This might sound very unpatriotic but I can assure you I took an active interest in it and am very proud at the way that South Africa hosted the event and presented the country doing it.  The main reason is that I do not own a TV and am just not into soccer that much to spend money in a restaurant or other venue watching it.

Having said that, I have kept up with whatever was going on by mainly using social media like Twitter and Facebook.  And I must say that following the soccer on Twitter was probably much better than on TV if I have to listen to the tweets.  Heavy breathing commentators is just not my scene and totally missing Madiba by showing an advert – that is just not on.

Also I had this great little app on my Linux workstation that got updated via the Internet, so I always knew the stand of the teams in the group stages or during the knockout rounds. 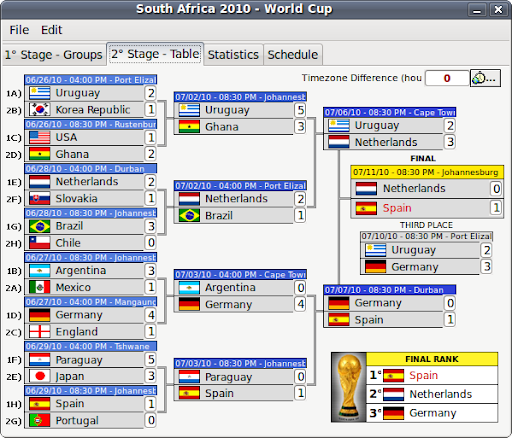 This just goes to show, in this day and age one can be up to date and take part without TV and old way media by using new way media.  And the cherry on the cake is that my debt levels is way less than lots of other people that went on a spending spree and blame it on the World Cup.

Today was one of those perfect days in Cape Town.  I went to visit family in Melkbosstrand and on my way home I stopped at Bouberg beach and took some photos of what else than Table Mountain. 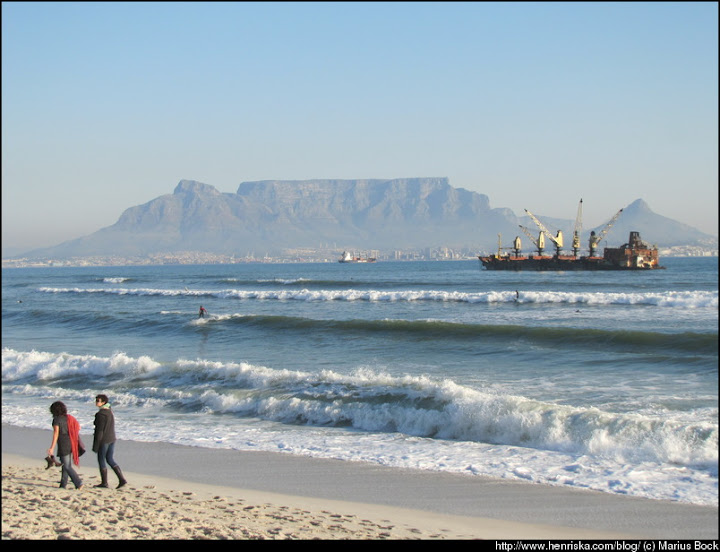 There was some boats in the bay on one wreck was so close, it looked like one was able to touch it. 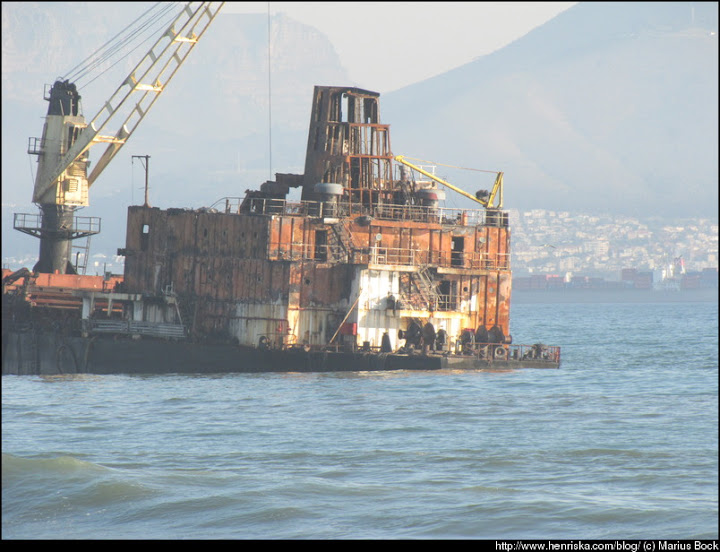 And what is a view of Table Mountain and Cape Town without the Cape Town Stadium. 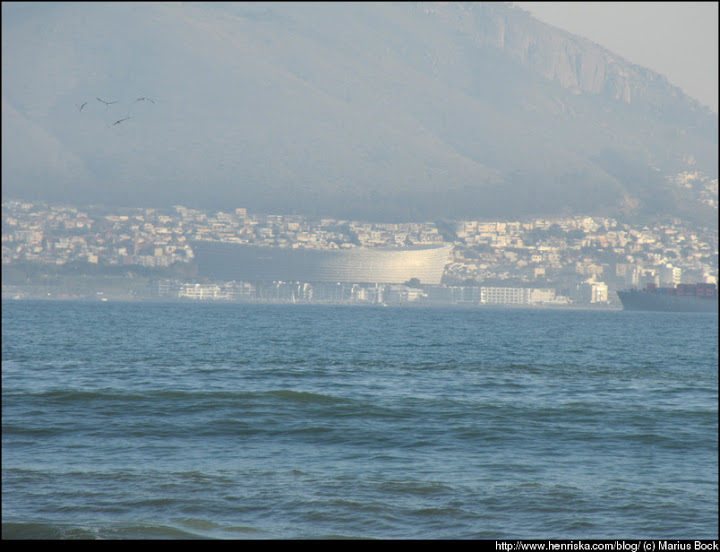 In my Picasa Gallery you can see a closer view of the stadium together with some other photos I have taken of ships in the bay and people (babies) and dogs on the beach..